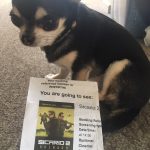 This week we saw Sicario 2, we loved the first film (our review)  but with no Denis Villeneuve directing or  Emily Blunt returning, we were not sure what to expect but John Brolin and Benicio Del Toro do return giving the film a stronger connection to the original than other sequels is on screen. But we do not even get time to dwell on missing those as the film opens with a … END_OF_DOCUMENT_TOKEN_TO_BE_REPLACED 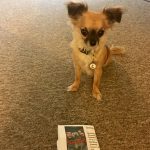 This week cinema trip saw us watch Game Night from the directing team of Daley & Goldstein, who also made the reboot of the National Lampoon Vacation series. We were drawn to this horror comedy due to its impressive cast of Rachel McAdams; Jason Bateman; Kyle Chandler; Danny Huston; Jesse Plemons; Billy Magnussen & TV favourites Sharon Horgan (Catastrophe) & … END_OF_DOCUMENT_TOKEN_TO_BE_REPLACED 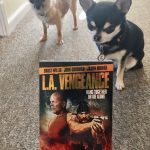 Our latest watch was L.A. Vengeance, a direct to DVD film that would make you think it’s a tough action thriller, with its tagline of Hang Together or Die Alone, showing 2 of its Stars Bruce Willis and Jason Momoa heavily armed. However the cast made us think it seemed very much like an action comedy we had seen a trailer for, but that was called Once Upon a Time in … END_OF_DOCUMENT_TOKEN_TO_BE_REPLACED 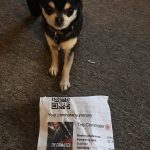 We headed out to see the new Liam Neeson Action-Thriller The Commuter. The film reteams Liam with Director Jaume Collet-Serra for a 4th time, after Non-Stop; Unknown and Run All Night. The Director also made the great Shark thriller The Shallows. The film opens with a montage of Liam’s Character Michael going through the motions of daily life, to establish he is a commuter. … END_OF_DOCUMENT_TOKEN_TO_BE_REPLACED 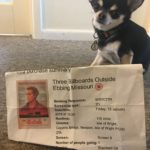 For our first film of 2018, we headed to the critically acclaimed Three Billboards Outside Ebbing, Missouri from Martin McDonagh, probably best known for his film, In Bruges. The film follows the frustrations of Mildred Hayes (Frances McDormand) who is grieving the horrific crime that occurred to her daughter Angela (Kathryn Newton) and is angered by the response of the … END_OF_DOCUMENT_TOKEN_TO_BE_REPLACED