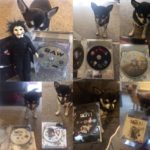 We at Barking Mad About Films love the cinema but the best time for us to go is during the day, we are sure though we can not be the only ones who prefer daytime viewing so we wonder if the multiplex should be more flexible. We are of course aware that during the day is not ideal for everyone, especially those with 9-5 jobs, but working from home we get this time to watch as … END_OF_DOCUMENT_TOKEN_TO_BE_REPLACED 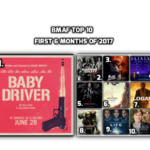 So as we reach the halfway point of 2017, we look back on our favourite 10 films of the year so far. We are pleased to see it's not all sequels and yet despite claims of suffering comic book film fatigue, 2 comic book films made the list and again both from the Marvel studio, yet DC Comics Wonder Woman only narrowly missed our list. So here is our countdown, we are sure … END_OF_DOCUMENT_TOKEN_TO_BE_REPLACED 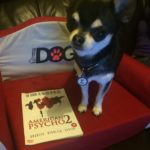 Way back when Sigourney Weaver first faced off against  Ridley Scott’s Alien, no one knew the franchise would be as successful as it is now, of course, things could have been different, had it not had such an incredible sequel in James Cameron’s Aliens that more sequels; prequels and spin-offs followed!   By then we were so invested in the Aliens, we rushed out for films … END_OF_DOCUMENT_TOKEN_TO_BE_REPLACED 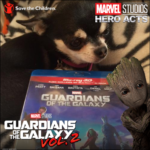 With the Guardians of the Galaxy sequel about to hit cinemas, we felt we had to give the first film another viewing as it is part of the BMAF collection. This film was a highlight for us when we were suffering from comic book film fatigue, yet we went in not sure what to expect, we knew nothing of the comic or the characters its based on, but a talking raccoon and tree … END_OF_DOCUMENT_TOKEN_TO_BE_REPLACED