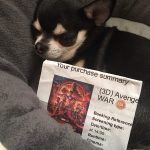 Our latest watch was the latest Marvel Comics film, Avengers: Infinity War and if we are honest, went in with low expectations Which is odd, as whilst we often think we are tired of these films, they always leave us pleasantly surprised, I guess it’s because of the film's genre current almost  monopoly of the box office, we see less new original content, though this is in … END_OF_DOCUMENT_TOKEN_TO_BE_REPLACED 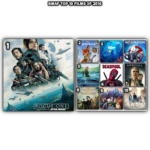 So it’s time for the BMAF Top 10 films of 2016. A year which saw us bored by comic book heroes: Batman V Superman; Suicide Squad and Doctor Strange all were okay but not 5-star movies for us. We also have to add Captain America: Civil War, it may have had a great battle scene but we honestly felt we’d seen most of it in trailers. On the subject of trailers, 10 Cloverfield … END_OF_DOCUMENT_TOKEN_TO_BE_REPLACED 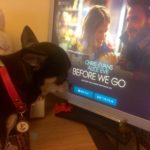 This Week we watched Before We Go, a Romantic Drama with a bit of comedy, directed by, and starring 'Captain America' himself, Chris Evans. The film centres on an evening spent between two strangers Nick (Chris Evans) and Brooke (Alice Eve). We first meet Nick, busking at Grand Central Terminal, we learn later that he is town for a big audition, which could vastly improve … END_OF_DOCUMENT_TOKEN_TO_BE_REPLACED 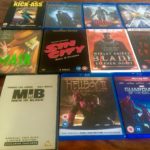 The one genre that is dominating cinema is the comic book hero film, in particular, those from Marvel and DC comics. In fact with shows like Arrow and Supergirl you could argue they are dominating our TV viewing too. We have to admit though we are slightly losing interest with them a bit, we enjoy them and we have quite a few of them in our collection, but maybe we need a … END_OF_DOCUMENT_TOKEN_TO_BE_REPLACED 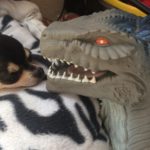 Another day has passed where we at BMAF eagerly await the trailer for Passengers starring Chris Pratt & Jennifer Lawrence. The film is due out in December so it is unusual for one not to have been released, but it got us thinking that it could be a good thing! One of our favourite films this year was 10 Cloverfield Lane, in part because we went into the film not … END_OF_DOCUMENT_TOKEN_TO_BE_REPLACED