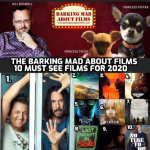 As we start a new decade, we have plenty of new fillms to look forward to, these are the 10 that we can not wait to see, but we are sure many others will gain our attention as the year goes on. 10. No Time To Die A James Bond film is always a great cinema event, with the director of Season One of True Detective helming and Fleabag's Phoebe Waller-Bridge working on the … END_OF_DOCUMENT_TOKEN_TO_BE_REPLACED 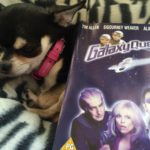 We wanted to watch a comedy at the weekend, and we decided to give Galaxy Quest a watch, it’s actually one of our  most prized DVD’s, for as well as being a great comedy, it is signed by the late, great Alan Rickman, after we luckily saw him at the stage door, when seeing him in a play, in the London West End. It really is a clever film, having elements of Science … END_OF_DOCUMENT_TOKEN_TO_BE_REPLACED 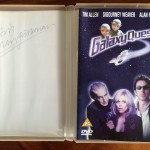 This week, the BMAF office was shocked to hear that David Bowie had passed away, best known of course for his fantastic music, he also was known for his acting work. Many of us when younger, would have known him as the Goblin King from Jim Henson's Labyrinth, but he has done none fantasy roles from Merry Christmas Mr Lawrence to the Man Who Fell To Earth.  Who can forget … END_OF_DOCUMENT_TOKEN_TO_BE_REPLACED