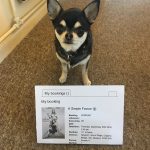 This week we went to see the Comedy-Thriller ‘A Simple Favor’ the first film for director Paul Feig since he received all the grief he got over his female-led ‘Ghostbusters’ a film we enjoyed a lot. Based on the book of the same name by Darcey Bell, which we haven't read but feel we need to check out now, you can buy it here:  The film centres on a single mother, … END_OF_DOCUMENT_TOKEN_TO_BE_REPLACED