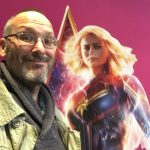 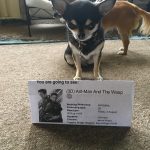 This week we headed out to see the latest entry into the Marvel Comics Cinematic Universe, Ant-Man and the Wasp, a sequel to the 2015 Ant-Man. The film follows the events of Ant-Man’s involvement in Captain America: Civil War where Scott Lang (Paul Rudd) the man behind the suit, is now under house arrest. Scott has a dream where he sees a woman, who we will learn is Janet … END_OF_DOCUMENT_TOKEN_TO_BE_REPLACED 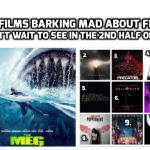 We recently shared our Top 10 Films of the First Half of 2018 but today we share our films we can’t wait to see before the end of the year Some made our Top 10 films we couldn’t wait to see at the beginning of the year but what have we now added to that list? Read On: 10: Venom (release date: 5th October) We loved the idea of Tom Hardy playing this Marvel character but … END_OF_DOCUMENT_TOKEN_TO_BE_REPLACED 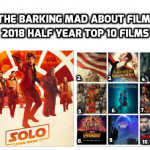 With so many great films still to come this year, we look at our highlights from the first 6 months! So starting at number 10: 10: Game Night (Our Review) This fun dark comedy actually made us laugh and the cast which included many familiar faces from our favourite TV shows was a pleasant surprise 9: Ready Player One (Our Review) Spielberg magic brought Ernest … END_OF_DOCUMENT_TOKEN_TO_BE_REPLACED 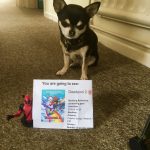 As fans of the original Deadpool film, we were obviously excited for the sequel, this time however with a change of director, this time being David Leitch who gave us  Atomic Blonde and was co-director on the first John Wick we were expecting more action this time. So it is with great disappointment that this was sadly nowhere near as good as the original film. This is in … END_OF_DOCUMENT_TOKEN_TO_BE_REPLACED