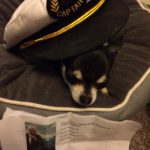 This week’s cinema release we chose to see was Sully: Miracle on the Hudson based on the true events of January 15, 2009. An aircraft carrying 155 people on board had to make an emergency landing, using the Hudson River as its runway when both engines became destroyed when hitting a flock of birds. The film takes us through the events and the subsequent investigation that … END_OF_DOCUMENT_TOKEN_TO_BE_REPLACED