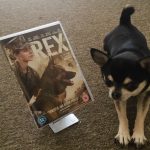 Today we finally got to watch Rex, it’s a biopic of US Marine Megan Leavey. The film was in fact called Megan Leavey in the US when it was released nearly a year ago,  so it had been quite a wait for us. Our initial concerns were that this film could be a fluffy piece like another service dog film called Max, but those fears were removed when we found the director was … END_OF_DOCUMENT_TOKEN_TO_BE_REPLACED

What makes a film watchable? These are the 10 things that we feel make a film watchable – which one is your biggest reason for choosing to watch the films that you do? YOUR CHOICE The most important, and the reason I’ve seen so many B-Movie shark movies with a budget of less than it probably cost to buy the DVD but we can't help it, we just love Shark films. If you … END_OF_DOCUMENT_TOKEN_TO_BE_REPLACED 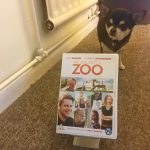 Our latest watch was We Bought a Zoo, from Jerry Maguire writer/director Cameron Crowe, which was inspired by the true story of Benjamin Mee (played by Matt Damon) The film tells how Mee is struggling as a single father, following the death of his wife, Katherine (Stephanie Szostak) The death has had a major effect on his 14-year-old son, Dylan (Colin Ford) who has now been … END_OF_DOCUMENT_TOKEN_TO_BE_REPLACED 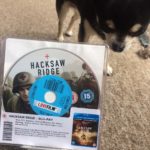 One of the films we wanted to see at the cinema but missed it due to it getting a surprisingly short run and ourselves being on holiday was Hacksaw Ridge, which was Mel Gibson’s return as director for the first time since Apocalypto way back in 2006 Mel had been battling a few shall we say off-screen problems which saw his front of camera performances reduced to cameos in … END_OF_DOCUMENT_TOKEN_TO_BE_REPLACED 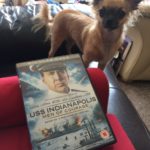 Today, being big fans of Jaws, we watched USS Indianapolis: Men of Courage, a film concerning the mission that Robert Shaw tells us Quint was involved in, whilst on the Orca. We had seen a TV movie called Mission of the Shark starring Stacy Keach many a year ago but the cast on this one was too good to give it a miss. A cast that is headlined by Nicolas Cage, with a young … END_OF_DOCUMENT_TOKEN_TO_BE_REPLACED