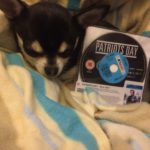 This weekend we watched Patriots Day a film based on the horrific events of the Boston Marathon in 2013 when bombs was detonated in the crowd. This film follows the efforts of the authorities to track down the bombers and how Boston was in fear until they were captured. The film is the 3rd true story to brought screen by director Peter Berg and Mark Wahlberg (the others … END_OF_DOCUMENT_TOKEN_TO_BE_REPLACED