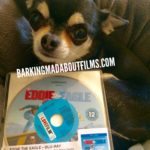 This week for the BMAF household we saw Eddie the Eagle, a film based (very loosely) on the true events of Eddie Edwards, who became the first British Ski Jumper at the 1988 Winter Olympics. Oddly enough this film will most likely have you thinking of Cool Runnings, the film about the Jamaican Bobsled team, as this also happened at the 1988 Winter Olympics. The film … END_OF_DOCUMENT_TOKEN_TO_BE_REPLACED