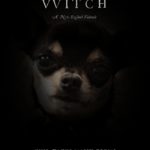 This week we finally caught up on The Witch, a low budget horror film we missed at the cinema, due to its limited release, but had heard plenty of good things so wanted to see it! Now if you are expecting a gorefest with jumps and scares this probably isn’t the horror film for you. This is more a supernatural film within a historical period drama from writer/director … END_OF_DOCUMENT_TOKEN_TO_BE_REPLACED