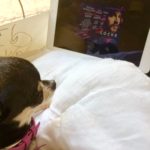 After a string of great performance including Warrior; Inception; Bronson; The Drop and big box office hits The Dark Knight Rises and Mad Max; Fury Road, it would be fair to say we are fans of Tom Hardy now, and we now add Locke to his great films! We first really came aware of him in RocknRolla, the under-rated Guy Ritchie film, but his performances which also include … END_OF_DOCUMENT_TOKEN_TO_BE_REPLACED 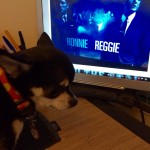 If you were to name a Tom Hardy film of last year, it is more than likely you would have said his Box Office monster that was Mad Max: Fury Road But he was also in the movie adaptation of the best-selling novel Child 44 and Legend, a film about the Kray twins from Writer/Director Brian Helgeland (who had previously directed Mel Gibson in Payback and Heath Ledger in both the … END_OF_DOCUMENT_TOKEN_TO_BE_REPLACED