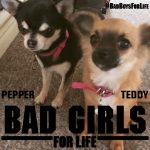 Synopsis:  Marcus is now retired, but when someone from Mike’s past is determined to kill him, the Bad Boys reunite for one last time  Director:  Adil and Bilaill Writers:  Chris Bremner; Peter Craig and Joe Carnahan for screenplay with George Gallo credited for characters Stars:  Will Smith; Martin Lawrence; Vanessa Hudgens; … END_OF_DOCUMENT_TOKEN_TO_BE_REPLACED 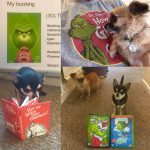 We at BMAF would say our favourite book by the incredibly talented Dr.Seuss has to be How the Grinch Stole Christmas! Luckily for us, when adapted it has done rather well, we shall not mention the horror that was the live-action Cat in the Hat movie with Mike Myers! The Ron Howard directed version of The Grinch, with Jim Carrey as the grumpy old green creature,  is … END_OF_DOCUMENT_TOKEN_TO_BE_REPLACED

What makes a film watchable? These are the 10 things that we feel make a film watchable – which one is your biggest reason for choosing to watch the films that you do? YOUR CHOICE The most important, and the reason I’ve seen so many B-Movie shark movies with a budget of less than it probably cost to buy the DVD but we can't help it, we just love Shark films. If you … END_OF_DOCUMENT_TOKEN_TO_BE_REPLACED 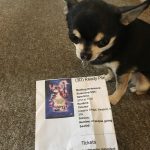 As a fan of the book by Ernest Cline, we rushed out to see Ready Player One from director Steven Spielberg. It was our first of his movies at the cinema for some time, whilst he has done fewer blockbusters and gone for more dramatic movies such as Bridge of Spies and The Post as well as family dramas such as War Horse and the BFG; whilst all worth watching for his talent, we … END_OF_DOCUMENT_TOKEN_TO_BE_REPLACED 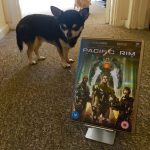