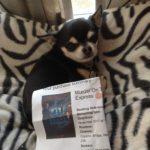 This week we went to see Kenneth Branagh’s remake of Agatha Christie’s best selling Hercule Poirot adventure Murder on the Orient Express. Much like the famous 1974 film v Sidney Lumet film version, this again has an all-star cast in this murder mystery set on the famous Orient Express train. We first meet Poirot (Played by Branagh) when he solves a case in Jerusalem, … END_OF_DOCUMENT_TOKEN_TO_BE_REPLACED 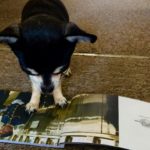 In the cinema news of late, it was announced that Kenneth Branagh would direct a remake of 1974 British Mystery Film classic, Murder on the Orient Express. Since the original announcement, it has been announced that Kenneth will not only direct but also be in front of the camera as Hercule Poirot, in the role made famous by Albert Finney in the 1974 film version of Agatha … END_OF_DOCUMENT_TOKEN_TO_BE_REPLACED