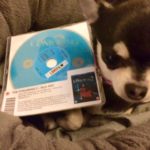 This week we rented The Conjuring 2, the sequel to the 2013 film about Paranormal investigators Ed Warren (Patrick Wilson) and Lorraine Warren (Vera Farmiga) once again directed by James Wan. The film opens up with the Warren’s investigating the house best known for the Amityville Horror, it also introduces us to The Nun (who will be getting her own spin-off horror film, as … END_OF_DOCUMENT_TOKEN_TO_BE_REPLACED