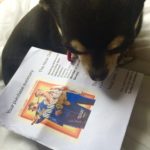 This week our films choice was the action/buddy movie The Nice Guys. A film we were very much looking forward to as from writer/director Shane Black whose last outing, Iron Man 3 was disappointing, his last film of this genre was Kiss Kiss, Bang Bang which was fantastic. In fact ignoring Iron Man 3, Shane has also written screenplays for epic action/buddy movies such as the … END_OF_DOCUMENT_TOKEN_TO_BE_REPLACED