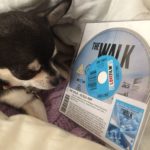 This week I chose a film to watch, not on the basis of the director being Robert Zemeckis, but something that rarely happens, it being in 3D. The film in question was The Walk. The reason why the director, cast etc did not have me rushing to see it, was because the Walk is based on true events, which have already been covered on screen, in the brilliant 2008 documentary, Man … END_OF_DOCUMENT_TOKEN_TO_BE_REPLACED 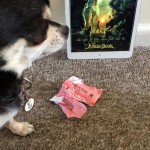 One of my first ever memories of going to the cinema would have been to see the re-release of Disney’s animated 1967 classic, The Jungle Book. Since then, it has had an animated sequel and in 1994 Disney made a live action version, starring Jason Scott Lee; John Cleese; Sam Neill and Lena Headey. Various spin-offs featuring Mowgli’s adventures have followed, all heading on … END_OF_DOCUMENT_TOKEN_TO_BE_REPLACED