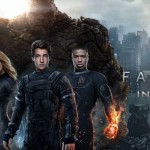 This week's choice of film for BMaF was one out of curiosity as we chose to see the reboot of the Fantastic Four, a film that seems to have been plagued with issues around its production, which only seem to be enhanced when it was announced the film would not be screening for critics, normally a good sign that the film may not be the best At one point this was even talked about … END_OF_DOCUMENT_TOKEN_TO_BE_REPLACED