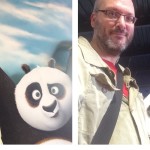 Animation film sequels can be a mixed bunch, whilst Toy Story sequels have added to the joy brought from the originals, other franchises have slowly got poorer and poorer, Shrek being our worst offender! Coming from Dreamworks Animation, the same studio as Shrek, Kung Fu Panda 2 was an enjoyable sequel and as such a franchise was born with a spin-off TV show and now we have … END_OF_DOCUMENT_TOKEN_TO_BE_REPLACED 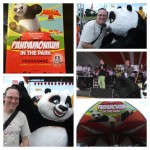