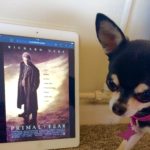 This week at BMAF HQ, we watched, via Netflix, the 1996 courtroom drama Primal Fear, based on the book by William Diehl. The Film follows Richard Gere as a seemingly unbeatable hotshot lawyer, Martin Vail. When an archbishop is brutally murdered, an altar boy is arrested after fleeing from the crime scene. All evidence would appear to show he is the guilty party. The … END_OF_DOCUMENT_TOKEN_TO_BE_REPLACED 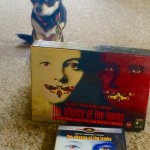 At the time of writing, the 2016 Oscars are happening this weekend. With the rise in Social Media, we’ve seen nothing but posts about what should or shouldn’t win, this year the Oscars are under a cloud due to the horrific #Oscarssowhite scandal. We want to gloss over that and think of Best Picture, some great choices and includes big box office far for a change in Mad Max: … END_OF_DOCUMENT_TOKEN_TO_BE_REPLACED