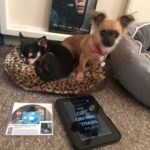 This week we finally got around to seeing the film adaptation of The Girl On The Train, we had this as one of our must-see films of last year, as we had loved the book by Paula Hawkins that it was based on (our book review here) The biggest decision of all for us wanting to see the film was the casting of Emily Blunt in the title role. From quirky roles in the likes of … END_OF_DOCUMENT_TOKEN_TO_BE_REPLACED 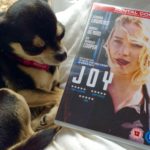 This week's film rental was Joy starring BMAF favourite, Jennifer Lawrence re-teaming with her American Hustle and Silver Linings Playbook director David O. Russell. It would also reunite her with Bradley Cooper (this would be their fourth time working together as these 2 also starred in Serena)her The film sees Jennifer play Joy Mangano, a divorced mother in the 90’s who … END_OF_DOCUMENT_TOKEN_TO_BE_REPLACED 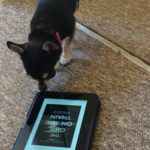 We at Barking Mad About Films do love a Jennifer Lawrence movie, but one other actress we always keep an eye on is Emily Blunt! She always seems to make at least one film that makes our end of year top 10! Examples are 2015 Sicario; 2014 Edge of Tomorrow; 2012 Looper; 2011 The Adjustment Bureau. 2013 She only provided voiceover work for the English version of The Wind Rises … END_OF_DOCUMENT_TOKEN_TO_BE_REPLACED