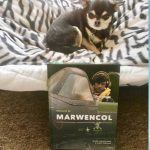 When we first saw a trailer for Welcome to Marwen from director Robert Zemeckis starring Steve Carell as a plastic doll we were intrigued, but to then find there was a lot more to it we were sold. The Film is based on a documentary and book called Marwencol from Mark Hogancamp, the character Steve plays in the film. Welcome to Marwen is based on the true story of how … END_OF_DOCUMENT_TOKEN_TO_BE_REPLACED 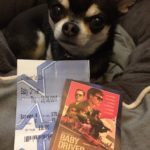 One of our must-see films for 2017 was Baby Driver, Writer/Director Edgar Wright’s first film since The Worlds End way back in 2013, this, of course, being because of that Ant-Man mess, a film we liked, but we are sure Edgar & Joe Cornish would have made an even better version. We are big fans of his work from TV’s Spaced with Simon Pegg and Nick Frost, which would … END_OF_DOCUMENT_TOKEN_TO_BE_REPLACED