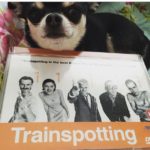 We at BMAF hope to fit in a visit to see 'T2:Trainspotting' this week, the sequel to a film we first saw 21 years ages. With these plans, we dug out our DVD copy to give the original Trainspotting a watch to revisit the story so far. Trainspotting, based on the book by Irvine Welsh was brought to screen by the team that also made the excellent Shallow Grave, from writer John … END_OF_DOCUMENT_TOKEN_TO_BE_REPLACED 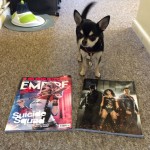 When it comes to film magazines in the UK, there are 2 clear leaders: Empire: Established June 1989 Total Film: Established later in 1997 Both can be comprehensive for features on the upcoming movie releases, set reports etc. It would at present, appear that Empire is the best seller in the UK, yet I subscribe to Total Film, as they had a giveaway price, looking for … END_OF_DOCUMENT_TOKEN_TO_BE_REPLACED 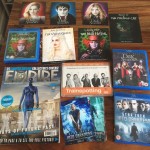 Trainspotting is probably one of our favourite British films, it took a topic of drug use and didn't glamorise it at all! It also had an amazing soundtrack that went with its time of release! Then there was the line-up Trainspotting poster. One of the things that it did outside of the film was breakdown it's 5 characters from its poster, down into individual posters, so … END_OF_DOCUMENT_TOKEN_TO_BE_REPLACED