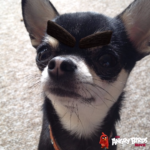 When we used to commute to work, in a time before services like Netflix, let us download titles to watch, we would pass the time away playing the hugely popular game, Angry Birds. The game using Birds to cause destruction in order to save eggs from green pigs first appeared in 2009 and as of July 2015 had been downloaded in various formats, including a Star Wars & Rio … END_OF_DOCUMENT_TOKEN_TO_BE_REPLACED