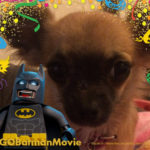 So this week we saw The Lego Batman Movie, we must admit we were quite excited about it as the Lego Batman of the Lego Movie was for us the film highlight. Those high hopes increased by the film opening as we get a commentary of the opening titles by Batman (again voiced by Will Arnett) setting up what we hoped would be a lot of fun. The story shows that Bruce … END_OF_DOCUMENT_TOKEN_TO_BE_REPLACED 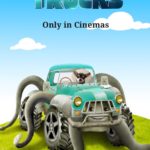 Our last cinema trip of 2016 saw us see Monster Trucks a film which must like the reboot of Ghostbusters was being destroyed on the Internetas nowadays everyone is a critic! Yet from the trailers, we just thought it looked a fun family flick with hints of classic horror B movies with some comedy and science fiction thrown in. All the potential to be a cult classic in years … END_OF_DOCUMENT_TOKEN_TO_BE_REPLACED 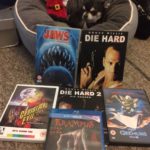 We at Barking Mad About Films have shared a blog about our favourite Christmas movies before (read it here) but recently we questioned what makes a Christmas movie after we watched Regarding Henry, starring Harrison Ford, whilst it was on Netflix. The film’s opening in which Harrison’s character was shot was around December, as festive decorations were to be seen. Does that … END_OF_DOCUMENT_TOKEN_TO_BE_REPLACED 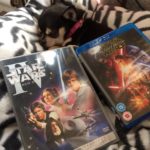 About to hit cinemas are what are sure to be 2 huge blockbusters; Passengers and Rogue One: A Star Wars Story, what is unsurprising is both will most likely be rated 12a, meaning anyone can see them, but under 12’s need an adult with them. When I saw the first Star Wars in 1977 it was a U, as I grew up we had so many family films:The Goonies; Back to The Future; War Games; … END_OF_DOCUMENT_TOKEN_TO_BE_REPLACED 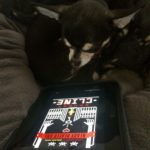 Whilst on holiday, we read a couple of books, one being Ernest Cline’s Ready Player One. When it was first released we had heard a little about it, but it really hit our radar when it was announced a  film adaptation was to follow with Stephen Spielberg to direct. What surprised us most was how excited this made us, he of course. has directed some great films, from Jaws to … END_OF_DOCUMENT_TOKEN_TO_BE_REPLACED