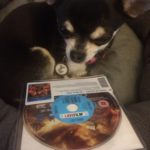 We recently watched Gods of Egypt, a big budget film that was certainly not a blockbuster upon release. This fantasy adventure had us intrigued as was from director, Alex Proyas who had given us The Crow; Dark City, I,Robot and his last film of 7 years ago, Knowing, all of which we enjoyed, so despite despite it's flop status, we decided to give it a go. In an alternate … END_OF_DOCUMENT_TOKEN_TO_BE_REPLACED 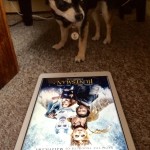 In 2012, We got 2 live action Snow White films that could not be more completely different. We had Mirror, Mirror with Julia Roberts & Lily Collins from Director Tarsem Singh,who was probably best known for the Jennifer Lopez SciFi Horror The Cell. We actually thought this was a lot of fun and a lot better than we expected. We also had Snow White and the Huntsman … END_OF_DOCUMENT_TOKEN_TO_BE_REPLACED