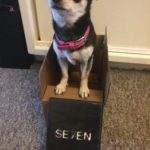 News this week broke that Johnny Depp would be joining the Harry Potter universe as has been cast in the sequel to the forthcoming Fantastic Beasts…and where to find them. Being a family film franchise this caused all sorts of uproar on Social Media with J.K. Rowling being signalled out the most as believed to be one who had agreed to it. Depp, who has always been a great … END_OF_DOCUMENT_TOKEN_TO_BE_REPLACED 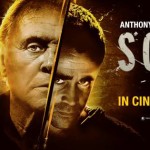 In a quiet week of cinema releases, a film called Solace was released starring Anthony Hopkins and Colin Farrell, we hadn’t heard of it before, had not even seen a trailer so felt like one of those many direct to DVD’s films Nicolas Cage turns up in of late. So we were quite happy to let this one pass us by until we read an article about the film where we discovered that the … END_OF_DOCUMENT_TOKEN_TO_BE_REPLACED