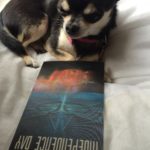 1996, the earth came under attack from aliens, in the HUGE box office hit, Independence Day (also known as ID4) from Roland Emmerich & Dean Devlin, reteaming after their huge hit, Stargate.  Whilst Stargate would go on to spin off into a hugely popular TV series, it was surprising that ID4 never got a sequel, after all, it was a huge box office success, making some $800m … END_OF_DOCUMENT_TOKEN_TO_BE_REPLACED 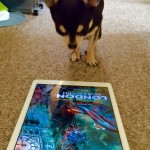 In 2013, the White House, home of the American president was attacked on screen in  White House Down which gave us Jamie Foxx as the president and as his protector, Channing Tatum. Coming from big blockbuster director Roland Emmerich whose CV includes Stargate; Universal Soldier; 2012; The Day After Tomorrow and Independence Day.   The film was expected to be a … END_OF_DOCUMENT_TOKEN_TO_BE_REPLACED