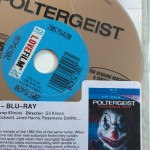 One of those films that as a youngster in the Eighties that I loved was Tobe Hooper's Poltergeist,  produced by Stephen Spielberg.  Now like almost every other horror film of that period, such as Friday the 13th to the Evil Dead, the film has been remade. From director Gil Kenan, who directed the family friendly CGI hit Monster House. The film has a great cast, in … END_OF_DOCUMENT_TOKEN_TO_BE_REPLACED 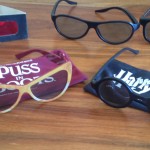 Around 2005, our film experiences were served up a new experience which had been used in cinema as early as even the Fifties when a creature emerged from a Black Lagoon to scare movie fans in the format we know as 3-D Previous attempts to use 3-D have occurred since the Fifties, most notably in the Eighties especially in the Threequel, Jason stalked his victims on a Friday the … END_OF_DOCUMENT_TOKEN_TO_BE_REPLACED