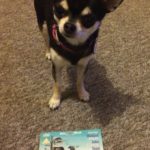 This week at Barking Mad About Films we chose to watch the 1981 classic Time Bandits. A film we were reminded of following the sad news that actor Kenny Baker, probably best known for being the man inside R2-D2 from Star Wars had passed away. Kenny plays Fidgit, one of the Time Bandits of the film, directed by Terry Gilliam, who also co-wrote the film with his Monty Python … END_OF_DOCUMENT_TOKEN_TO_BE_REPLACED 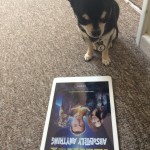 Looking for a film to watch on Netflix, we came across Absolutely Anything which looked like it could be fun. Directed by Terry Jones of the Monty Python team and director of their classic films Monty Python and the Holy Grail; Life of Brian; Meaning of Life and other classics like Personal Services and Wind in the Willows. The film concerns Neil, (Simon Pegg), a bored … END_OF_DOCUMENT_TOKEN_TO_BE_REPLACED