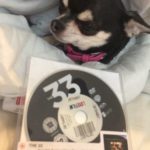 Having enjoyed a great holiday, we caught up with a film we had wanted to see but missed during its cinema run. The film was The 33 based on the real life disaster, which saw 33 miners in Chile, trapped underground for 69 days when the mine they were working in collapsed. The film hits hard with an opening statistics that many miners lose their life due to the nature of the … END_OF_DOCUMENT_TOKEN_TO_BE_REPLACED