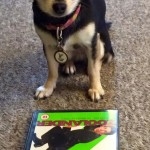 I saw the original Zoolander way back when it was released in 2001, directed and starring Ben Stiller, it became one of my favourites, and prior to watching the recently released sequel, I still found it very enjoyable. So 15 years later, I was excited at the chance to see Ben Stiller return as Derek Zoolander, especially as he was also bringing back Owen Wilson as Hansel … END_OF_DOCUMENT_TOKEN_TO_BE_REPLACED 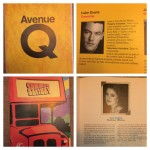 A couple of posts went out  over the weekend as it was Valentines Day about it being 25 years to the day that Silence of the Lambs was released. A film I remember most for seeing Jodie Foster, for the first time. I am sure when I was younger, I would have seen her in Bugsy Malone or Freaky Friday but none had the effect on me as she did as her role of agent Clarice … END_OF_DOCUMENT_TOKEN_TO_BE_REPLACED